Edward Curtis and the Photogravure

Because photogravures ultimately derive from photographs, we tend to think of them as photographs, that is, printed images replicated from negatives. In truth, photogravures are created by means of a complex process involving numerous delicate, hands-on steps that lead to the kinds of subtle, beautiful, artistic images you see at Western Spirit in Light and Legacy: The Art and Techniques of Edward S. Curtis. The process begins with a highly polished pure copper plate, beveled at the edges to avoid damaging the printing paper. Acid resist particles—rosin or asphaltum—are spread evenly over the plate and heated until they coat and adhere to the plate. Next, a positive transparency is developed under ultraviolet light from a negative onto gelatin-coated tissue. This tissue is affixed to the plate, soaked in hot water, and set aside to dry. Once dry, the plate is immersed in a series of baths of ferric chloride that etch the image onto the plate, creating tiny grooves, wells, and reservoirs that will hold the ink. Where the gelatin received little or no light during development, a coating remains that resists the ferric chloride. 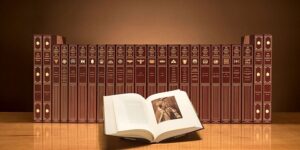 Where light penetrated, grooves and wells form in the plate. Shallow grooves become the lighter areas of the photogravure; deeply etched areas create the shadows and masses that are so much a part a of Curtis’s enduring artistry. After washing the plate once more, a thick ink is spread over the plate and worked, with rollers and by hand, into every tiny groove and well. At last, a sheet of dampened, high-quality rag paper is laid onto the inked plate and passed through the press, forcing the paper into the inked grooves. When the paper has absorbed the ink—something the artist must intuit—the printed photogravure, or impression, is lifted gently from the plate and weighted to keep it flat.

John Andrew & Son and Suffolk Engraving Co., both of Boston, printed the photogravures for the 20 volumes of The North American Indian on three different kinds of paper: Japanese vellum, fine Japanese tissue, and Dutch Van Gelder etching paper. Photogravure grew out of the fine art print movement at the end of the 19th century and was championed by the Photo-Secessionists, such as Edward Steichen, who sought to marry painterly effects with photography. Interestingly, The North American Indian is among the last major projects to employ the process as other, faster, cheaper methods arose. Today, however—perhaps in part because of Curtis—a growing number of artists are reviving the photogravure and making it their own.

Light and Legacy: The Art and Techniques of Edward S. Curtis offers the rare opportunity to view photogravures and copper plates side by side and to consider this unique fusion of science and art.