Edward Curtis and Red Cloud: Connecting the Past to the Present

On Thursday, March 31st, 2022, Western Spirit hosted a lively and timely evening event, Edward Curtis and Red Cloud: Connecting the Past to the Present. Edward Curtis’ great-grandson, John Edward Graybill, read an original speech given by Curtis in Santa Fe, New Mexico, in 1924. Graybill brought his great-grandfather’s words to life, embodying Western Spirit’s mission to illuminate the past to shape the future. 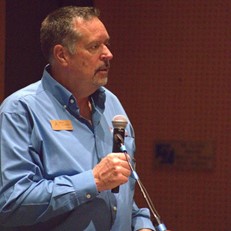 Chief Henry Red Cloud, Chief of the Oglala Lakota and direct descendant of Red Cloud, spoke of current events at the Pine Ridge Reservation, South Dakota, and shared his vision for the Oglala Lakota for the next seven generations. Chief Red Cloud is the founder of Red Cloud Renewable, “whose mission is to organize renewable energy and sustainable living projects, and provide a variety of educational training for Native Americans on the Pine Ridge Reservation and across the country.” In his talk at Western Spirit, Chief Red Cloud outlined a vision of a future of renewable energy, green housing, and sustainable agriculture, drawing on traditional Lakota values and approaches to  designing communities while embracing cutting-edge 21st-century ecological technologies. 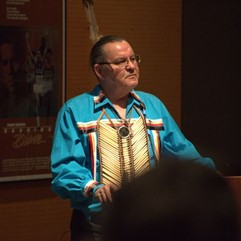 Along with John Graybill and Chief Henry Red Cloud, the evening featured a Ted Talk, “America’s Native Prisoners of War” in which Aaron Huey’s photographs of the struggles of the Lakota peoples on the Pine Ridge Indian Reservation combined poignant, haunting images with a long history of betrayal and a plea for the restoration of ancestral, sacred lands.

Renewable Energy and the Sacred Seven 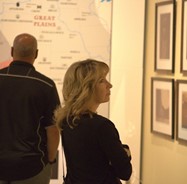 Visiting Light & Legacy after the presentation 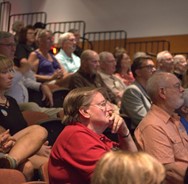 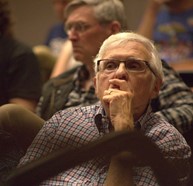