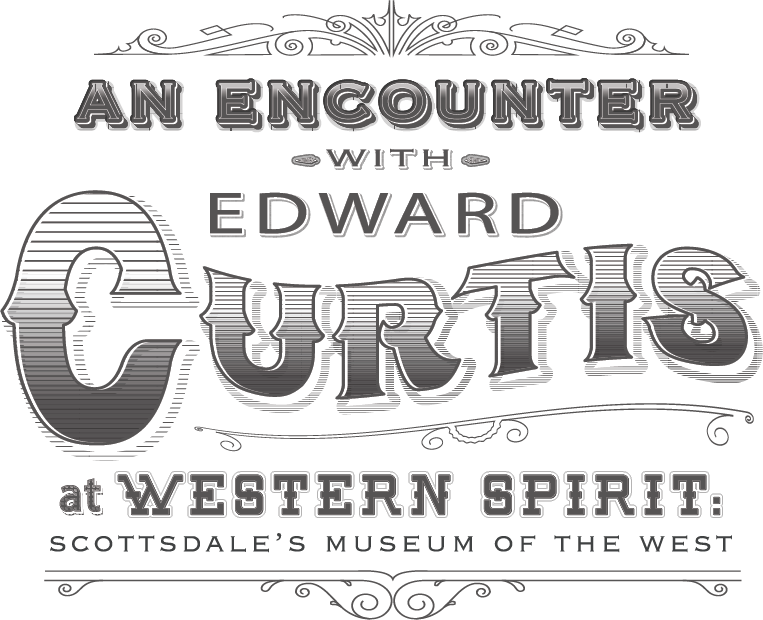 Come and experience “An Encounter with Edward Curtis”, a living history bio drama featuring Edward Sheriff Curtis, a self-taught photographer who was a prolific artist with boundless energy and a passion for adventure. Curtis’s genuine concern for the effects of Western expansion on Native American Peoples and their rich cultures caused him to envision an impossible project, one that would consume thirty years of his life and cost him his health, marriage and reputation. The result: The North American Indian. 20 volumes and portfolios, 5,000 pages of text, more than 2,200 photographs, and over 10,000 wax cylinder recordings of Indigenous languages and songs – a magnum opus brought to completion in 1930. Reserve your seat beside his campfire to hear Curtis reflect on his adventures, tragedies, and triumphs.

Upon completion of the bio drama you will have the opportunity to experience Western Spirit’s magnificent new exhibit showcasing his work: Light & Legacy, the Art and Techniques of Edward S. Curtis.

The Bio Drama – Encounter with Edward Curtis, was written and directed by Steve Enyeart. Two actors share the role of Edward S Curtis: western actor, Wyatt Earp, who has been portraying his famous relative in his one-man play, Wyatt Earp: A Life on The Frontier, since 1996 across the U.S., Canada and Europe. Also, veteran actor, Tom Koelbel who recently received his fourth AriZoni nomination for his portrayal of Socrates in the World Premiere of Kill Socrates – A Comedy. He is an artistic member of Theatre Artists Studio.

Tickets are available at: $10 each, plus the applicable admission price.

Member Tickets are complimentary and included with your membership.

Student and Individual Members are eligible to reserve, in advance, one (1) complimentary ticket per membership.
Senior/Duo Household/Contributing/Supporting and Sustaining members are entitled to two (2) complimentary tickets per membership. Sidekick (companion) passes are not eligible to be redeemed for this event. Additional tickets for Member guests are available at $10 each, plus the applicable admission price.

There are a limited number of tickets available for each performance. Tickets must be booked by phone at 480-686-9539 or email at info@scottsdalemuseumwest.org