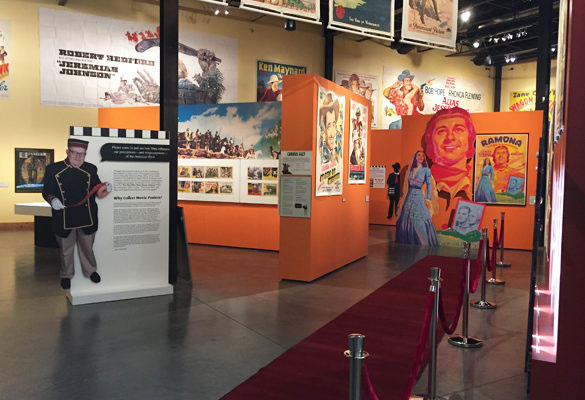 This inaugural exhibition featured 118 western film posters and lobby cards dating from the 1890s to the mid-1980s, curated from one of the world’s largest—and most historically important and inclusive—collections of western film graphic arts. The first of many planned exhibitions featuring posters and objects from the collection, it celebrated the American West, cowboys, Native Americans, the history of the movie industry, and the power of the West’s cultural legacies. It also paid tribute to Rennard Strickland (Osage/Cherokee), whose collection of more than 5,000 items was acquired in late 2016 in an education and community partnership between Western Spirit: Scottsdale’s Museum of the West and the Arizona State University Foundation.