Light and Legacy: The Art and Techniques of Edward Curtis 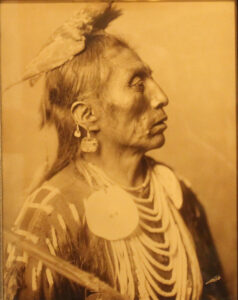 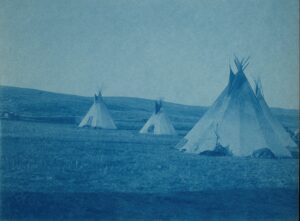 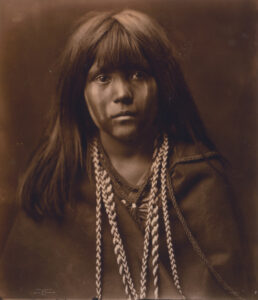 Light and Legacy: The Art and Techniques of Edward S. Curtis

In the late 1890s, Edward S. Curtis (1868-1952) saw a way to use his talent as a photographer to help Indigenous Peoples preserve and maintain their cultures and traditions. Curtis’s endeavor was encouraged by ethnographic and environmental luminaries like George Bird Grinnell and Gifford Pinchot, and enjoyed the public blessing of President Theodore Roosevelt. In 1907, he would secure financial backing from financier J. Pierpont Morgan. For three decades, Curtis traveled the length and breadth of the American West, Western Canada, and Alaska, taking thousands of photographs of Native Americans. Postcards, illustrated magazine articles, books for young readers, lecture series, a “musicale,” and the very first feature-length film with an all-Indigenous cast, In the Land of the Head-Hunters (1914), would spring from his tireless creative mind. 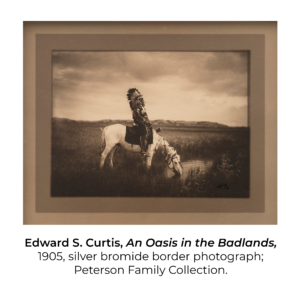 Curtis’s project—what would become the 20 volumes of The North American Indian—would become the most ambitious ethnographic enterprise ever undertaken in the United States—and it would cost him nearly everything: his health, marriage, celebrity, and, in the end, all rights to his life’s work. Edward Curtis would recede into obscurity until the 1970’s, when the fruits of his labors would come to light once more in a Boston bookstore warehouse. 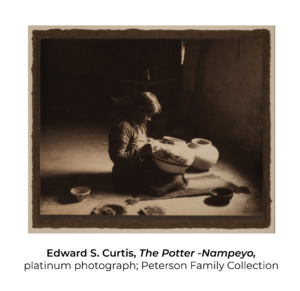 On display will be a set of The North American Indian, a lavish, richly illustrated publication devoted to the more than 80 different Native American Peoples Curtis visited, often on numerous occasions. Photogravures, original copper plates from which the photogravures were printed, and goldtones—a process Curtis perfected—also known as orotones, or Curt-tones, will be on display as will original photographs, including platinum prints, silver bromides, silver gelatins, cyanotypes, and glass plate negatives. Visitors will hear recordings of Indigenous music and languages that were recorded by Curtis and his field team. These recordings are an enduring part of his ethnological data for The North American Indian and have contributed greatly to the renewed interest in reviving Native languages. A section of the exhibition will concentrate on the artist’s contributions to the science of photography, including bottles of the types of chemicals he employed, descriptions of the various methods of making prints, and a camera of the vintage and type he favored.

Curtis’s legacy has spurred admiration and, on occasion, created controversy. Despite his best intentions, his images, though undeniably beautiful, contributed to the romanticization of Native Americans. Light and Legacy: The Art and Techniques of Edward S. Curtis opens on October 19, 2021 and will run through April 30, 2023. We hope you join us for this timely and informative look at a complex artist whose work comprises one of the early 20th century’s crucial contributions to representations of the Native Peoples of North America.

Light and Legacy: The Art and Techniques of Edward S. Curtis will be featured in the Halle Foundation Great Hall and the Pulliam Fine Arts Gallery of Western Spirit: Scottsdale’s Museum of the West. This monumental exhibition is made possible with generous sponsorship from The Peterson Family; The Virginia G. Piper Charitable Trust: Charles F., Jennifer E., and John U. Sands; Theodore “Ted” Stephan; Scottsdale Art Auction; True West Magazine: Ken Amorosano & Bob Boze Bell; and the City of Scottsdale and its Tourism Development Commission.