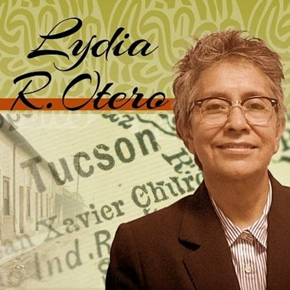 Free to members.
$30 for non-members

Western Spirit is proud to host Dr. Lydia Otero, the first guest in our Ask the Author series. In addition to writing, they were a tenured professor of Mexican-American studies and founder of the public history department at the University of Arizona. Most recently, they served as Historian for the Tucson-Pima County Historical Commission.

Dr. Otero, a native Tucsonan, is the author of Notitas (2021) featuring the story of Alva B. Torres who was one of the first Mexican-American columnists to write for a major newspaper. Torres’ contributions to the paper expressed the culture and historical contributions of Mexican-Americans in Tucson and is a personal inspiration to Dr. Otero. Their 2011 book, La Calle, won the Southwest book award from the Border Regional Library Association. La Calle chronicles the story of urban development in downtown Tucson and how it displaced the traditionally Mexican-American city center, known as La Calle, to make room for tourism and economic opportunity. Otero tells the story of the witnesses of this battle of contested urban space through the lens of the people that lived there. And In the Shadows of the Freeway (2019) is a personal memoir of their upbringing in an increasingly urban Tucson. While this volume focuses on their fight against gender expectations of the time it also describes the arrival of a new freeway that cuts through the barrio in which they lived. This coming-of-age book merges powerful personal narratives with the historical development of Tucson.

For any additional information and to register for this exciting event – please contact Western Spirit at (480) 686-9539.